It’s been twelve years since the introduction of the first Mac mini. During these twelve years, there have been multiple updates and new models introduced with the last one in 2014. In 2011 the Mac Mini was updated with the power of i5 and i7 processors, and users started using it for the first time in a server capacity, namely as chat, web, mail servers. Then, 2012 Mac mini had exciting updates and demonstrated significant improvement in benchmarks from 2011. 2012 model is still very widely used since it was the last model with a quad-core processor.

When iOS development took off, Mac mini became the hardware of choice for app development because of it’s small form factor and the power it packs in this form. First, it was individuals developing iOS apps, then as the complexity of apps increased, the size of iOS development teams also increased. Teams started implementing DevOps and continuous integration and testing to keep up with the increased frequency of commits. Mac mini was again hardware choice for CI because teams could stack a bunch of these and get a build/test cluster going.

What’s happening now is that there is no end in sight for the richness of features you see in the mobile applications. “iOS First” philosophy still holds healthy for the majority of mobile application development. As a result, iOS development teams are finding themselves having to build more agile and flexible build and test infrastructure that can scale with the exponentially increasing number of UI regression tests, commit frequency, shorter update cycles and a gradually growing matrix of iOS device types.

In this blog, we will describe how you can configure your existing iOS build/test Mac mini hardware into a macOS cloud and operate CI in a docker like fashion.


My example setup consists of 2 dual-core Mac minis. My CI system is Jenkins and I am using the Kickstarter open source iOS project to demonstrate build/test job example. If your CI tool is not Jenkins but some other on-prem tool like TeamCity or hosted tool like Buildkite or Gitlab, contact us to get more details on integration. We are working to release more pre-packaged integrations with other CI tools.

Start by signing up for Anka Build 30 day trial software at www.veertu.com. You will receive an email with links to download the following Anka Build modules.

Anka Registry – This is similar to docker registry and is used to store and manage the macOS VMs and versions you build for your CI jobs.

Once you have installed all the above components, you should see the following: 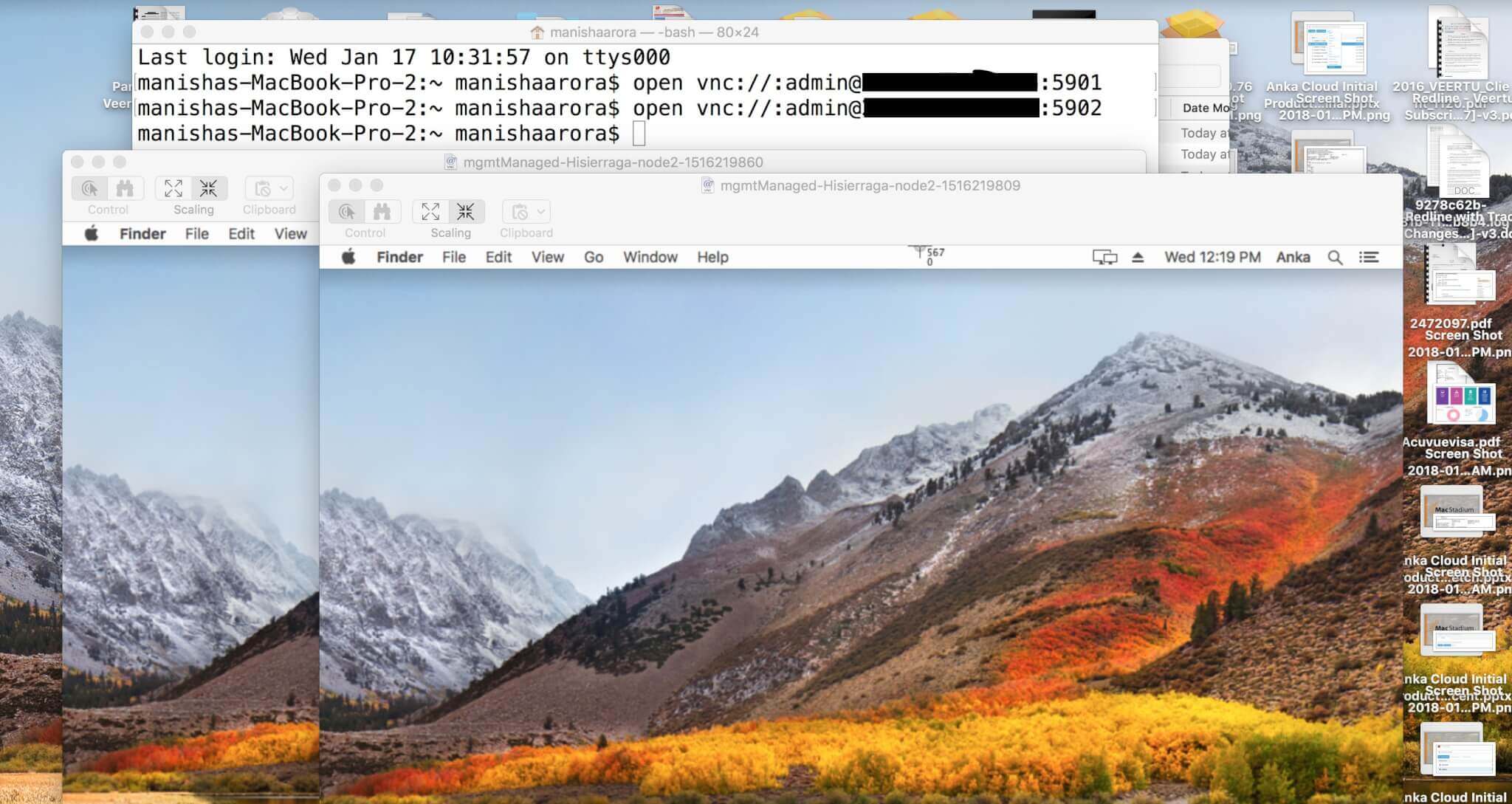