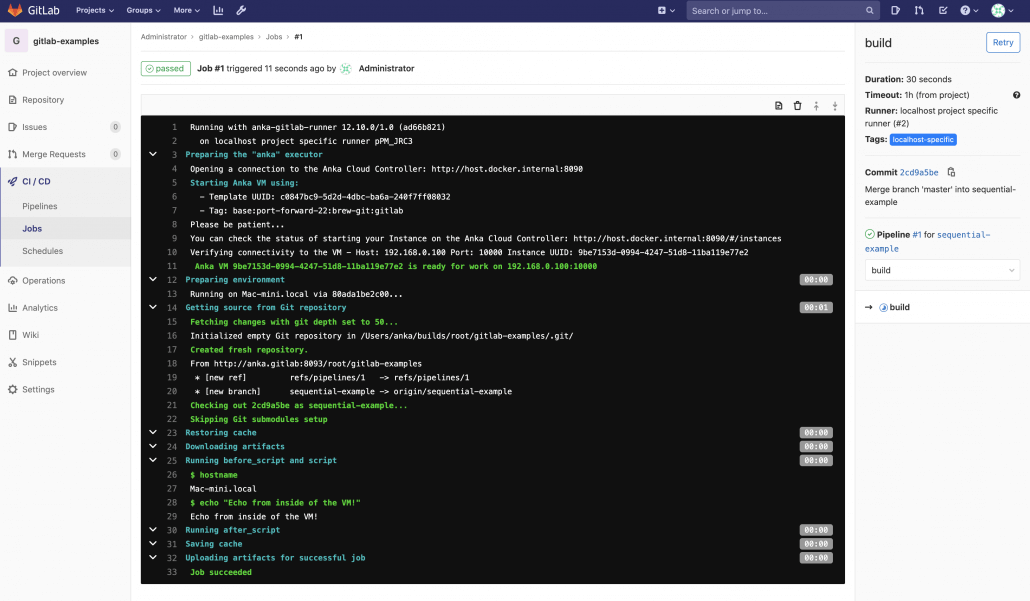 It has been several months since we released the beta Anka GitLab Runner 0.6 back in December of 2019. We want to give a big thank you to all of our customers using the beta version! The beta release has worked great for the majority of our customers and provided us with a lot of helpful feedback and bug fixes. Taking internal testing and beta feedback into account for developing the next version, we believe that we’re ready to move out of beta and into a major version release.

You can expect the following features and changes in v1.0.0:

Additionally, we’ve released our Anka Build Getting Started scripts for GitLab. These scripts allow you to quickly spin up GitLab and also the Anka GitLab Runner v1.0.0 within docker containers and immediately start testing on your local machine.